September 2nd, 2021—Citing problems in long-term care exacerbated by COVID-19, a broad coalition of unions and other community stakeholders is urging party leaders to put an urgently-needed overhaul of long-term care at the top of their priorities.

Organizations involved in this coalition include the Canadian Health Coalition, Friends of Medicare, UNI Global Union as well as several unions, including SEIU, UFCW, Unifor, USW, CUPE Ontario, CFNU, BCGEU, and ONA. Many unions are affiliates of UNI Global Union, a federation of unions and advocate for increase care quality around the world.

They are kicking off this drive with an open letter to all federal party leaders calling for new legislation setting federal long-term care (LTC) standards linked to government funding.

“Each wave of the virus has hit us incredibly hard and taken so much—our colleagues, our residents, our loved ones. To rebuild our resiliency as long-term care workers and to repair a care system on the brink, we need change now. This letter is a distress signal to federal leaders telling them Canada deserves real solutions.”

Canada had extremely high rates of COVID-related deaths in long-term care, including nursing homes and assisted living facilities. The country’s infection totals in LTC have been up to ten times higher than in other commonwealth nations, and the problem has been particularly acute in for-profit long-term care homes. For profit long-term care centers have seen deaths rates as high as 8.6 deaths per 100 beds, more than twice the overall industry average of 3.7.

Even before the pandemic, the long-term care sector was under strain. Unless the system is fixed, the coalition of care advocates write, the growing needs of the Canadian people coupled with a potential expansion of the for-profit LTC sector would decrease the oversight and accountability while also driving working and care standards down.

“Creating sustainable change is an immense challenge, but we believe that there is no alternative but to act now. Maintaining the status quo would be negligent and harmful to Canadians,” the letter says. The group is pushing for policies including:

“Too many people in Canada have died, and thousands of families have been left in fear as their family members continue to live in deplorable conditions. The federal government needs to take action.”

“The human toll of the pandemic may never be fully known, but it is clear that we must take immediate steps to mitigate COVID’s impact. We have to make sure that we don’t make the same mistakes in a future pandemic. Life must be at the centre of care, and these standards would put health and wellbeing at long-term care’s core.“

The letter and full list of signatories is below.

Unifor is Canada’s largest union in the private sector, representing 315,000 workers in every major area of the economy. The union advocates for all working people and their rights, fights for equality and social justice in Canada and abroad, and strives to create progressive change for a better future. To arrange a phone, FaceTime, Zoom, Skype interview or for more information, please contact Unifor Communications Representative Hamid Osman at hamid.osman@unifor.org or 647-448-2823 (cell).

The United Steelworkers union (USW) is the largest private sector union in North America with more than 225,000 members in Canada and more than 850,000 members continent-wide. The USW is Canada’s most diverse union, representing workers employed in every sector of the economy. Shannon Devine, USW, sdevine@usw.ca

Based in Ottawa, the Canadian Federation of Nurses Unions (CFNU) is the national voice of close to 200,000 unionized nurses and nursing students across Canada. Yasmin Gardaad, CFNU Government Relations, ygardaad@nursesunions.ca.

The BC Health Coalition is a non-partisan network of individuals and organizations with a shared passion for defending and strengthening public health care. We believe care should be there for everyone when we need it, regardless of our age, gender, income level, or the town we live in. Usman Mushtaq, Coordinator, BC Health Coalition, usman@bchealthcoalition.ca

Stay up-to-date with the latest news from the Canadian Health Coalition. All you need to do is enter your email address and click Sign-Up Now:

Tags: Federal Election 44 Long-term care
Previous Story
This is why we need a new national health strategy: Armstrongs
Next Story
What crucial health care upgrades does Canada need from our next federal government? 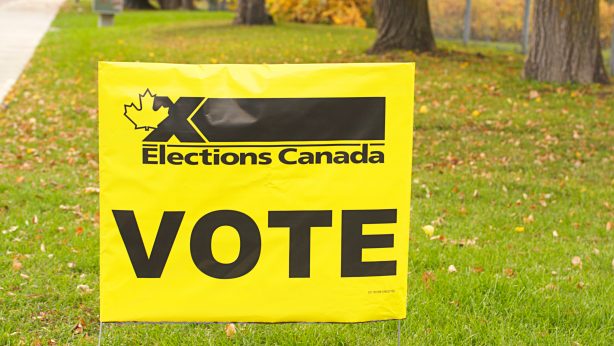 Where do the parties stand on health care?

You can read these commitments and other policy promises from...