Homepage Commentary This is why we need a new national health strategy: Armstrongs
Commentary

It is no accident that health care is Canada’s best-loved social program, even though it has become increasingly meaner and leaner, say Hugh and Pat Armstrong.

“But we have failed to learn from its success and have so far fallen short in our efforts to build a universal public system for today,” they write in Canadian Dimension magazine.

What follows are excerpts from “It’s time to make Canadian medicare truly universal” by Pat Armstrong and Hugh Armstrong, published on August 28, 2021 by Canadian Dimension.

Unlike the United States, which began federal programs by targeting those defined as poor and old, Canada followed Tommy Douglas’s lead in Saskatchewan by providing universal access to health care services without fees. This approach gained several significant benefits. The most obvious is that many more people had access to health services, and this was particularly the case for the poor as well as for the many without insurance.

Where we went wrong

The biggest failure of federal governments is the failure to “take the necessary legislative, organizational and financial decisions to make all fruits of the health sciences available to all residents without hindrance of any kind,” as the 1964 Royal Commission on Health Services (the Hall Report) recommended. The Commission’s list, in addition to medical services, included prescription drugs, homecare services, prosthetic services and both dental and homecare services for specific groups. It was missing nursing homes, perhaps because at the time nursing homes provided few if any medical services. There has been no new federal legislation since the 1984 Canada Health Act setting out terms and conditions for the services listed in the Hall Report, let alone for the new services that have merged since then. Meanwhile, the initial federal cost sharing program encouraged as much care as possible was delivered through hospitals and physicians.

How do we start fixing it?

We desperately need a new national plan that goes beyond hospitals and medical care, to include pharmacare, homecare and long-term residential care, at a minimum, supported by a national labour force strategy. Such a plan should begin with explicit principles, based on our shared values, and developed in consultation with the various jurisdictions. The principles or criteria found in the Canada Health Act provide a critical basis for such a discussion.

Universality and accessibility together provide an essential starting point—a way to strengthen our shared values as the other federal health care programs have. But as recent times have made abundantly clear, constructing care that is accessible and appropriate for all requires addressing other structural barriers and targeting programs within the universal ones to support not only equality but also equity, especially for the most vulnerable.

Pat Armstrong is a Canadian sociologist and Distinguished Research Professor at York University. She is a board member of the Canadian Health Coalition.

Hugh Armstrong is a Distinguished Research Professor and Professor Emeritus of Social Work and Political Economy at Carleton University in Ottawa, Ontario. 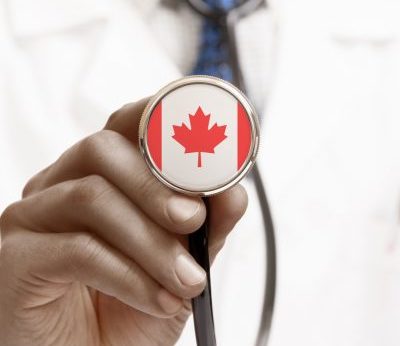 We need stronger federal action on health care ahead of...