Saskatchewan Health Authority says it will take over for-profit Extendicare

Saskatchewan Health Authority says it will take over for-profit Extendicare

In what appears to be a progressive move, the Saskatchewan Health Authority (SHA) is poised to take over long-term care services at all five for-profit Extendicare facilities in Saskatchewan.

The Regina Leader Post reported last week that the move follows a fatal COVID-19 outbreak at one of Extendicare’s operations. According to the Post, there is no timeline for the transition and it is expected that negotiations with the company will take months. Until then, a co-management agreement with Extendicare will continue indefinitely.

The story cites SK Seniors Minister Everett Hindley support for the SHA and its finding that there is a lack of consistency in Extendicare operations, leading to the worst long-term care COVID outbreak, resulting in 39 resident deaths at one company facility.

“The company failed to take proper infection prevention and control measures in the crowded facility,” reported the Post. “A scathing ombudsman report found Extendicare was woefully unprepared for the outbreak . . .”

The provincial NDP welcomed the decision, but Seniors Critic Matt Love told the Post that it is too late in coming, “long after issues in long term care homes were known.”

Love called on the government to regularly and publicly report inspections and repeated the NDP’s demand for increased staffing levels.

The Saskatchewan Health Coalition (SHC) is keeping an eye on the transition as many unionized members work in Extendicare Facilities with collective agreements.

“Although we are watching this situation develop, it is hoped that, under the management of the SHA, standards of care will be implemented for the health and safety of the residents” says SHC Provincial Director, Juliet Bushi.

“We are rebuilding our coalition to ensure that the residents of Saskatchewan receive the best possible health care and to defend publicly-administered and funded health care in the province. “

And over in Ontario…

Meanwhile, in Ontario an association representing not-for-profit, municipally-owned and charitable long-term care homes, says the province is at a crossroads, with a government announcement that it is looking at a large-scale transformation in long-term care.

Lisa Levin, CEO of AdvantAge Ontario, wrote in the Toronto Star that the government must “prioritize not-for-profit care.”

Levin says more than two-thirds, or 68 per cent, of Ontarians list not-for-profit homes as their first choice for care.

“More than 25,000 Ontarians are currently waiting for a bed in one of these homes,” she says. “It’s time the provincial government acted on this preference by committing to build more not-for-profit beds.”

She adds that for-profits generate profits from the funding they receive from governments, while not-for-profit homes return any surpluses to enhance resident care and operations.

“As a result, they often lack the equity required for capital redevelopment.

“. . .Not-for-profit homes most closely align with Canadian values, and our commitment to public health care.” 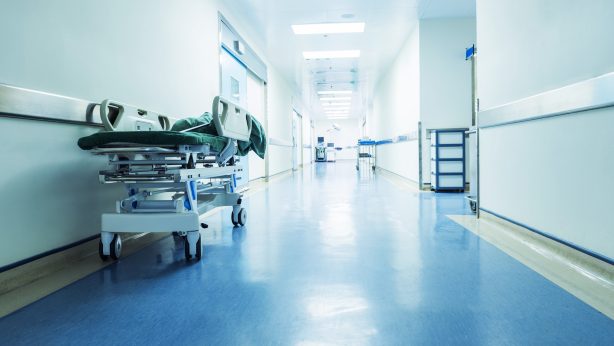