Prime Minister Trudeau announced today he will be meeting with premiers of provinces and territories in Ottawa on February 7, 2023 to talk about the health care crisis. The planned First Ministers meeting is the culmination of a months-long campaign by the premiers to convince the federal government to send billions of dollars more in funding to provinces through the Canada Health Transfer.

The Prime Minister tried to manage expectations by suggesting a final financial deal might not be achievable during the meeting. “It will be a good moment for us to gather, but we’re not going to be signing deals on that particular moment,” he said to the Canadian Press.

Several provinces broke with others in recent days, including Ontario and Quebec, when they dropped their insistence that federal funding be without conditions. This likely provided the federal government room to maneuver in the negotiations. Journalists have been reporting a federal-provincial deal is close, and could amount to $70 billion over ten years for the provinces.

The Canadian Health Coalition and other groups have echoed calls by NDP Leader Jagmeet Singh for federal leadership to end the staffing crisis plaguing hospitals. Public health supporters want strings attached to federal funding to increase accountability for the use of the money. They also want funding for national programs such as free prescription medicines through a long-promised public universal pharmacare program.

In a statement released yesterday during the Cabinet retreat in Hamilton, a broad coalition of unions and progressive groups said implementing a comprehensive pharmacare program must be a top priority for the Liberal government.

The joint statement, organized by the Council of Canadians, pointed to the Liberals’ commitment to the NDP for pharmacare, and other health initiatives. “The Trudeau government must introduce legislation for a Canada Pharmacare Act as soon as possible – by the spring at the latest,” it demanded.

What follows are quotations of some of the signatory organizations’ leaders —

“Big Pharma is terrified that a national pharmacare plan will allow Canada to bring down drug prices, which are the third-highest in the OECD world. But what might be a nightmare for the pharmaceutical giants is a dream for Canadians, millions of whom struggle to afford their medications. We need public, single-payer pharmacare and we need it now.”

“Access to prescribed medicines should be a right, not a privilege. With the cost of living rising and our health care systems on the brink of collapse, universal access to prescriptions is a no-brainer. Canada’s nurses demand urgent action toward implementing a national universal public pharmacare program in the coming session of Parliament.”

“I worked as an emergency physician in downtown Toronto for nearly 35 years. Almost every shift we had to reach into the hospital’s supply of medicines because someone couldn’t afford the prescription that was necessary for their health. This kind of charity needs to end. It’s time for pharmacare for everyone.”

“As a type 1 diabetic, I know firsthand the brutal out-of-pocket costs of life-sustaining medication, and the financial and emotional stress they cause. Healthcare is a human right, and in a country as wealthy as Canada the burden of paying for medication should not be on individuals and families already encountering health challenges.”

“It’s time for a fair, universal, public pharmacare system – we all benefit when our neighbours, families, and friends have access to the care and medication we need to thrive. Canadians support universal pharmacare – let’s make healthcare about health again instead of profits for Big Pharma.”

“The vast majority of Albertans support a universal, single-payer Pharmacare system because they know that it is the correct move. The inadequacy of our prescription drug coverage is laid bare by the fact that one in five Alberta households are experiencing financial barriers to accessing their medications, and that one-third of working Albertans currently have no drug benefits. It is clear to us that Albertans need Pharmacare. Now, we need to see federal leadership with the government taking the bold step of implementing their long promised universal Pharmacare program.”

“If any part of a health system excludes just a single person to make a buck, that system is wrong. Canada’s mirroring of the U.S. system for pharmaceuticals means sick Canadians are excluded from drug coverage, lose jobs due to high-cost illness and leave young people in the gig economy out-of-luck. True national public Pharmacare can right these wrongs.”

“Canada is the only developed country with a universal health care system that has no universal prescription drug coverage. The time to act is now! The federal Liberal government must introduce legislation and enact pharmacare equitably for everyone regardless of income, age, or where the person works or lives.”

“People are suffering. They can’t go without their medications and it’s leading to early deaths,” said Pauline Worsfold, RN, a registered nurse and Chairperson of the Canadian Health Coalition. “Filled prescriptions mean empty emergency rooms, and a universal single-payer pharmacare program not only saves money, but more importantly, saves lives.”

“There’s no excuse for further delays. The evidence is clear that pharmacare will improve patient outcomes, reduce health care costs and enhance health system sustainability. With our health care system stretched to its limits, the government should be doing everything it can to alleviate strain on our emergency rooms and system-wide. Implementing pharmacare will do just that.”

“NUPGE stands firmly in favour of implementing a universal pharmacare program in Canada. The Hoskins’ Report provides a blueprint to implement pharmacare. Pharmacare would secure patient access to the medications they need, while dramatically lowering prescription drug costs. Pharmacare would free up desperately needed resources which could be invested in our public health care system.”

“Too many people can’t afford to fill their prescriptions, and then end up in hospital as a result,” insists CUPE National President Mark Hancock. “Bringing drug and vaccine research, development and production back into the public sector won’t just save money – it will save lives. That’s why it’s so critical that we finally create a national pharmacare program to cover everyone, regardless of their financial circumstance.”

“Universal pharmacare would mean equitable access for all to medications that could save lives, treat chronic illnesses, and allow people to have a better quality of life. All of this would ease the strain on our healthcare system and bring much-needed relief to the millions of people struggling as costs of living continue to rise. How long do Canadians have to wait?”

“Manitobans and all Canadians need a national and universal public pharmacare program. Pharmacare is health care and as such should be a right for every Canadian under our public health care system. Too many families, especially low-income and racialized families, have been deprived of equal access to the medications they need. That’s wrong. Let’s take real steps to make our public health care system truly universal with a public pharmacare program, now.”

“Wait times for healthcare are a big problem in Canada, including the huge wait for access to affordable and necessary medications. This is one wait problem that can be easily and quickly solved in the next session of parliament by establishing a universal Pharmacare program. It’s an issue of justice and is long overdue.”

“Canadians are struggling with the high cost of living and Canada’s unions have been urging the government to throw a lifeline to families. More people are facing impossible choices, whether to put food on the table, pay rent and heat or buy the prescription drugs they need.

Back in 2019, the government’s own Advisory Council provided a road map to implementing universal public pharmacare. Investing in programs like this one will help alleviate some of the costs families face, ultimately helping reduce the impacts of inflation.

It’s time for the government to put people first and bring in universal public pharmacare now!”

Patients have a right to affordable drugs: Joel Lexchin 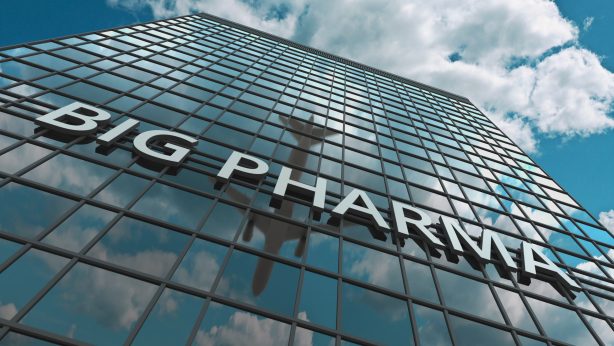 We need to stand up for the right of patients...