The first face-to-face meeting of provincial, territorial and federal health ministers since the beginning of the pandemic took an unexpected and disappointing turn yesterday when talks over health care funding increases and common initiatives collapsed at the last minute.

Canada’s Health Minister Jean-Yves Duclos and Minister of Mental Health and Addictions Carolyn Bennett walked out of negotiations that had been progressing toward a joint statement and press conference Tuesday afternoon.

The failure of provinces to accept additional funding through the Canada Health Transfer with arguably very modest conditions will do nothing to help the struggling public system. “A colossal, missed opportunity for remedying the health care crisis, helping front line workers and giving patients hope,” the Canadian Health Coalition tweeted in response to the agreement’s failure.

How did things fall apart?

B.C.’s Health Minister Adrian Dix had been demanding an answer from the Prime Minister to the premiers’ calls for more unconditional health care funding. “The prime minister is not a potted plant. He can defend his position if he wishes. But there needs to be a meeting,” he told CBC ahead of the meeting, which he was chairing.

In a surprise move, the federal Health Minister arrived in Vancouver with an answer for Minister Dix. “The Canadian government is ready to increase healthcare investments through the Canada Health Transfer,” said Duclos.

The funding pledge came with the condition that provinces agree to, “a meaningful expansion in the sharing and use of common key health indicators and to build a world-class health data system for Canada.”

In addition, the possibility of province-by-province funding agreements was held out, “to respond to shared areas of priorities with the Canadian government like health workers, and increased access to family health teams and mental health services.”

No specific amount of funding was put forward because the federal government says it wants agreement objectives before committing dollars. The common key health indicators would be intended to provide accountability on how federal dollars are being spent.

The Toronto Star reported that Ottawa won’t allow federal cash to offset provincial money, a concern shared by the Canadian Health Coalition. If the provinces choose to reduce their level of health-care funding, the federal government wants to reduce its transfers by the same amount.

For some in the Canadian Health Coalition, especially those working in the long-term care sector devastated by chronic underfunding and for-profit ownership, the federal conditions were inadequate given the urgency of the health care crisis.

The health ministers’ compromise was undermined by the premiers

The federal and provincial health ministers seemed to be moving toward a compromise on Monday when Minister Dix responded that the change of heart on the part of the federal government was good news.

But cracks appeared between the provinces when Quebec Health Minister Christian Dubé told reporters that any conditions attached to additional funding was not acceptable.

At some point during the negotiations the next day, the premiers decided to torpedo the talks before they could be completed.

On Tuesday afternoon the premiers’ lobby group, The Council of the Federation, issued an unexpected media release headlining there had been, “No progress achieved with the federal government to ensure sustainable health care funding.”

The Premier of Manitoba, Heather Stefanson, responded that the Premiers did not feel that the health ministers’ meeting was the proper venue for discussions. “If the Prime Minister has a proposal we just want to sit down and have those discussions,” she told CBC. “That’s the appropriate table for it to take place at.”

A draft of the media release that scuttled the talks has been leaked to the media, apparently written several days before the meetings even began. This suggests strongly there was no prospect of success at the Vancouver meetings even before they began.

It’s the old way of doing things, according to Duclos

The impact of the breakdown might be felt for years to come. A health accord-style agreement negotiated between all of the provinces, territories and the federal government could become a permanent fixture of the past.

“All that premiers keep saying is that they want an unconditional increase in the Canada Health Transfer sent to their finance ministers. That is not a plan, that is the old way of doing things,” Duclos said.

How the ongoing funding impasse affects new health programs, such as those promised by the Prime Minister to NDP Leader Jagmeet Singh in the Liberal-NDP Confidence and Supply Agreement, remains to be seen. The Canadian Health Coalition has launched its Health and Hope 2025 campaign to see those commitments through to fruition.

The public dental care program can continue without the provinces, but primary care investments, safe long-term care, and national universal pharmacare may have to proceed with willing provinces.

In the case of pharmacare, the collapse of talks in Vancouver this week makes the prospect of a single national program seem all the more unlikely, and that the way forward will be to build a national program one province at a time.

Fortunately, such an incremental approach has always been envisioned by pharmacare’s proponents, including the blueprint detailed in the 2019 Final Report of the Advisory Council on the Implementation of National Pharmacare, led by Dr. Eric Hoskins.

The collapse of negotiations in Vancouver is not the end of the story, and our ongoing campaign to defend and expand public health care must continue.

This article was updated on November 11, 2022 to include the response from the Premiers and more information. 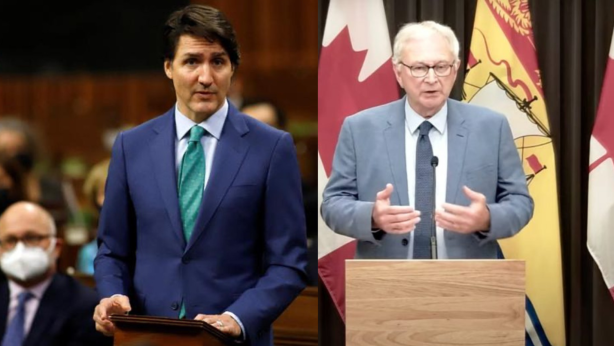 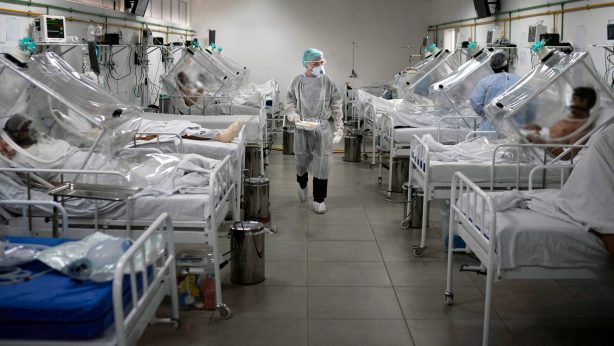